TOKYO (Nikkei)–Machine tool orders doubled from a year earlier to 96.7 billion yen in November on strong demand from companies that produce Apple Inc.’s iPhone smartphones and iPad tablet computers, according to preliminary results released Thursday by an industry group.

About 70% of the orders Makino Milling Machine received in November came from abroad.

The figure has continued to grow on the year for 12 straight months, said the Japan Machine Tool Builders’ Association. Up from 80.2 billion yen in October, orders are on track to surpass the 100 billion yen mark for the first time since September 2008.

Overseas orders doubled on the year to 65.6 billion yen, topping the 65 billion yen mark for the first time this year. Chinese EMS (electronics manufacturing services) firms are choosing Japanese machine tools to produce the iPhone and iPad as well as parts for the devices.

Makino Milling Machine Co. (6135) received almost 5 billion yen in orders in November, up 900 million yen from the previous month and more than double the year-earlier figure. About 70% of the orders were from abroad.

Domestic demand doubled on the year to 31.1 billion yen, but the figure got a boost from a biennial trade fair that was held in Tokyo from Oct. 28 to Nov. 2. The association noted it is unclear if this growth is temporary or will continue. 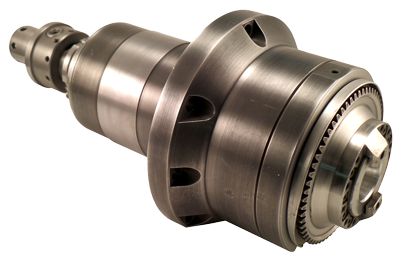